“A Child Died Because of Competition”: Ladamira Recalls a Horrible Story from Her Biography”

How to Overcome Fear

My father was a doctor, a children’s surgeon. Sometimes, he’d come home looking darker than a stormy cloud. He wouldn’t call out from the doorway: “Hi Ladamira, my Princess!” (that’s how he would usually greet me when he’d come home). Instead, he’d silently go to his office and lock the door. That meant that he hadn’t been able to save someone’s life that day. That’s how I knew ever since I was little that there are some stories that it’s best not to remember. But as my father would tell me when I was older, “The problem is that it is impossible to forget those stories.”

What You Can’t Forget

I, too, can’t forget one story in particular, although I would give anything to erase it from my memory. Trust me, it’s very hard for me to speak about it. But I must. Not to justify myself, but because I believe that by telling this story, I may be able to save someone’s life. Maybe yours, reader, or your relatives’. You will understand in a moment what I am talking about…

This happened in 2013 in a country in Europe. I was leading seminars and they were very popular. My soul was so happy to see so many joyful, laughing, healthy people leave my seminars. Each one of them had come with some sort of problem or pain. I was happy because it meant that I, Ladamira, was able to help them and that my being here on Earth had purpose. In these moments, I would always remember my father and send him gratitude for explaining to me that there was nothing more important than serving people. This would be a bitter sweet memory because I would be sad that he couldn’t see me now, serving people. But I couldn’t ever imagine that one day, I too, would have to experience a “dark” day…

But back to the story…

The Girl and Death

There was one family that especially stood out to me out of all the people who came to my seminar. They both had problems with breathing. 44-year old Hanna had a chronic cough since she was a young woman. Her 3.5 year old daughter, Maria, was suffering from asthma. She was given hormones, which is horrible for children, but the doctors didn’t see any other solution.

We started to do special breathing exercises. The always-pale girl would get rosy cheeks after the exercises. Her eyes would be full of joy and she became much more active. I watched her these changes carefully, but eventually realized that we were on the right path to recovery. I, Ladamira, was so happy!

Not to mention Hanna! Her much awaited child had stopped chocking from coughing. The little life in her stopped having to fight for her life every moment. The woman came alive. And not only did she stop coughing as much, but the exercises also helped her open up her creative capabilities! Hanna started to paint! And she was very good!

She had been drawn to creative professions all of her life, but she never had enough time or energy. Her husband wasn’t able to provide enough income, so she was forced to work. She worked at a fish-canning factory and had to stand long hours on her feed surrounded by water and cold temperatures. Of course this was no place for her chronic coughing!

But at our seminars, surrounded by warmth and friendliness, she opened up. Everyone was stunned by her paintings! She drew another girl’s from the seminar portrait. And one of me too. I still have it.

Then it was time for me to leave, I had to visit other countries and other women. But I was leaving Hanna and Maria with ease. They were on the road to recovery and even doctors saw it. We hugged and promised to meet each other in a couple of months.

After two months, as I was already counting the days to meet with my dear friends, everything fell apart…

There was another shaman who lived in the country were Hanna and Maria lived, and she practiced the same shamanic techniques as I did. She knew that I was planning on returning and leading a couple of seminars. She knew what cities I would be visiting and she decided to interfere.

A few days before the seminar, a pamphlet was sent out saying that I, Ladamira, was a servant of Satan. The woman lied and said that I killed cats and dogs to perform rituals and used their blood and fur. I still shudder from this evil lie. To think, me, who had always brought all sick, hungry, homeless and cold animals into our house, would kill animals! We had hamsters, pigeons, crows, squirrels, cats and dogs that my parents and I rescued. I love all animals and even try not to kill flies. It was very unpleasant to read such things about myself…

But that wasn’t the end of it. She also accused me, Ladamira, of practicing black magic. She said that people, after my seminar, would experience low blood pressure, spasms and would even faint. She said that nearly half of my students would end up in the hospital “thanks to” my rituals. Another disgusting lie! I can recall multiple times when people came with serious health problems and left completely cured. The opposite has never happened in all my years of practice!

The final and most disheartening accusation was that I used drugs in my seminars. She said that I would pump people with drugs and the women would lose control of themselves and become easily persuadable by my suggestion. Not only is this a blatant lie, but it’s also a criminal offense. I didn’t end up in jail, of course, because I’ve never even touched drugs and the woman couldn’t prove the opposite.

The worst part of the story is that people actually believed her. The organizers canceled the seminars and Hanna didn’t answer my letters and messages. A few days later, I was actually able to reach her, but she replied in a lowered voice, “Sorry, we won’t come to the seminar. I am scared of you!”. Then she hung up.

That’s when I realized that I wouldn’t be able to work in that country anymore. And that’s what happened, I never returned.

But there’s something else…

Joy is Stronger Than Fear

Those days that my father would come home in a bad mood and close himself in his office, no one was allowed to disturb him. But one time, I broke the rule. I was only 5 years old, little Ladamira, and didn’t understand why my father didn’t want to play with me. I just peeked into the room. My father was crying. His heart was breaking apart from love and sorrow. I didn’t have the guts to come up to him and solace him.

The day I learned about Maria, I remembered that scene from my childhood. I then understood that I should’ve hugged my father. Of course it wouldn’t have brought back the person who he couldn’t save, but at least he wouldn’t have been alone with his tragedy. He needed support from his loved ones. But I got scared…

I was luckier than my father. On that horrible day, I wasn’t alone. My teachers, colleagues and, most importantly, my students supported me. Their love and belief in me helped me recover from that situation and continue my work — helping others. Someone stopped me from helping Maria, but there are thousands of other girls and women who I can and must help.

I want to say one thing from all of this. Fear controls our consciousness with greater force than happiness. But if there’s a lot of happiness, if we are happy for each other, we will overcome any fear! It’s just important not to let any deceit into our lives, and then these horrible stories won’t happen. 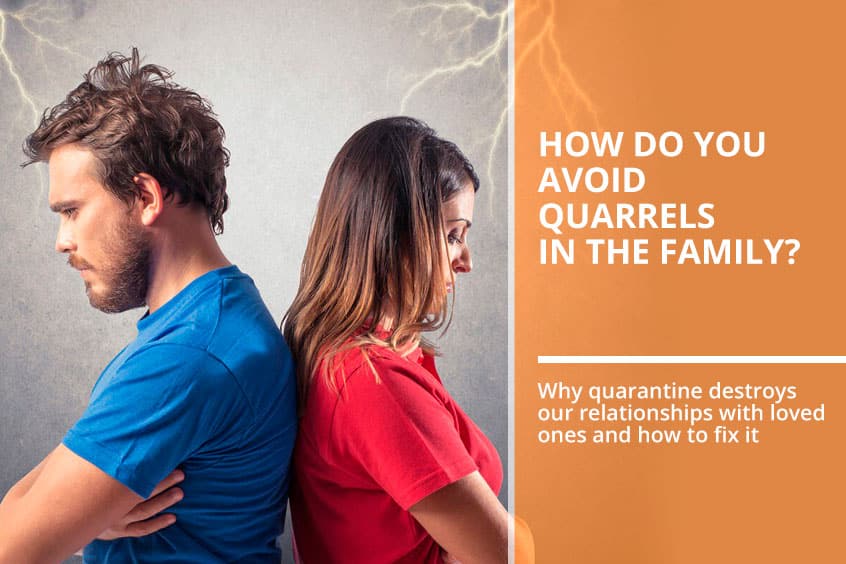 How do you avoid quarrels in the family? 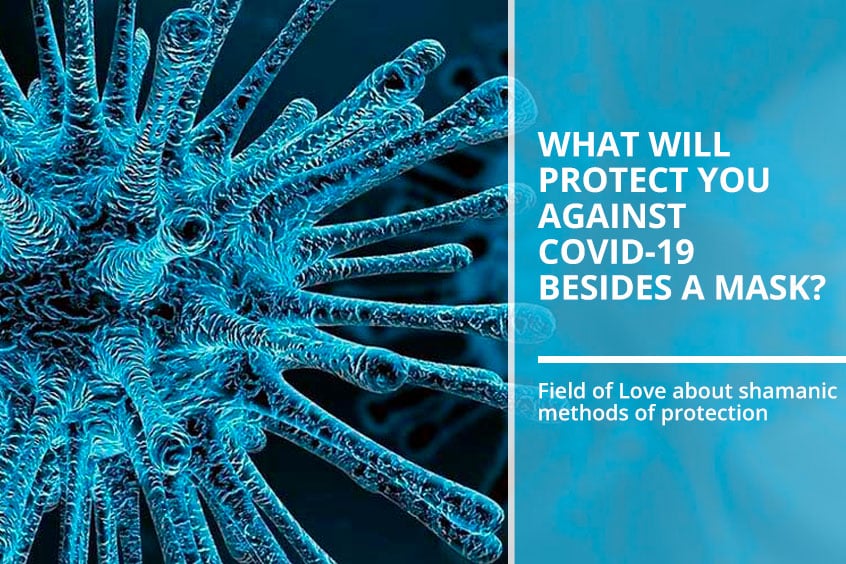 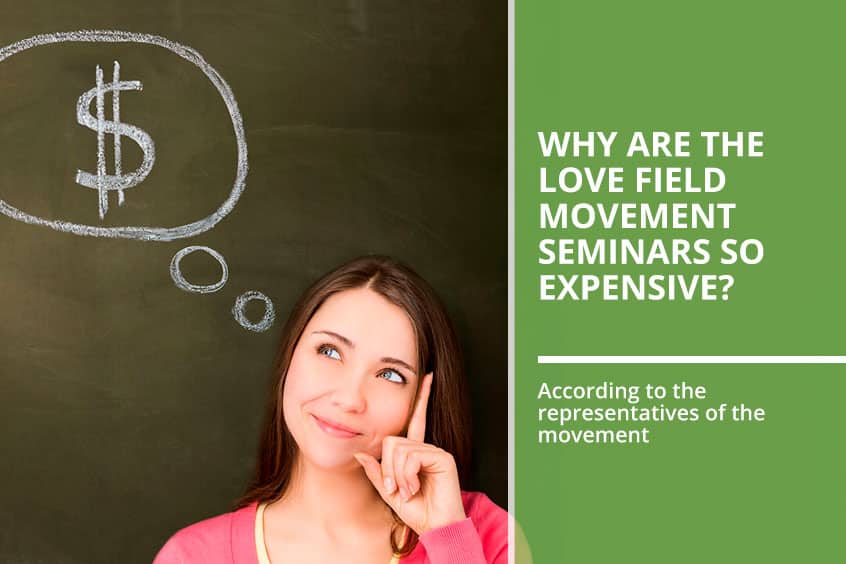 Why are the seminars held by the Field of Love movement priceless? 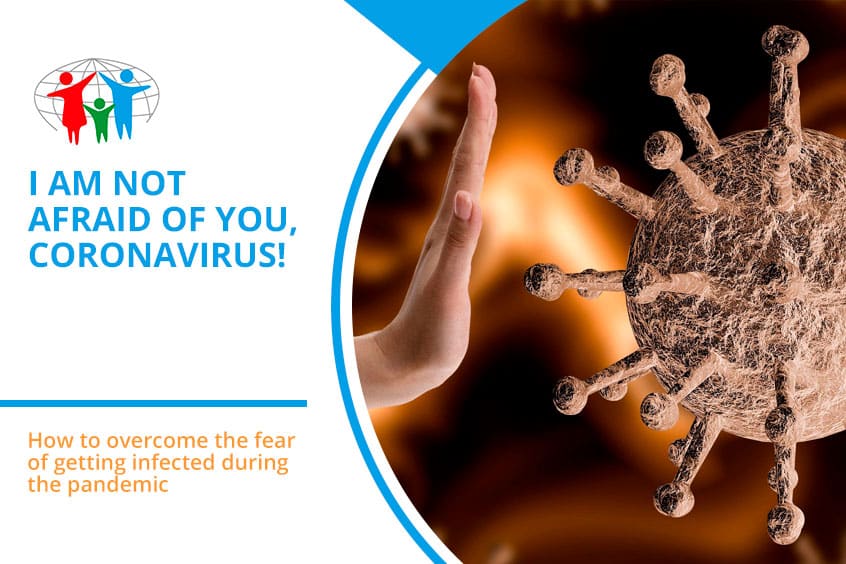