Clearing negative energy in all spheres of your life

We continue to understand the shaman amulets and talismans. Shaman costume

Shamanic amulets and talismans are objects that protect a person from the spirits of the lower world, that is, from all sorts of misfortunes, problems, diseases and failures. The power of the amulet is so great that it can protect not only one person, but also their entire house, or car, or company. Shamanic objects of power, amulets are clearing negative energy. You'd be surprised, but a shaman costume is the most powerful object of shaman power. The spirit of shaman costume protect  your home and clearing negative energy in all spheres of your life.

The most powerful object of the Shaman's Power is their costume. 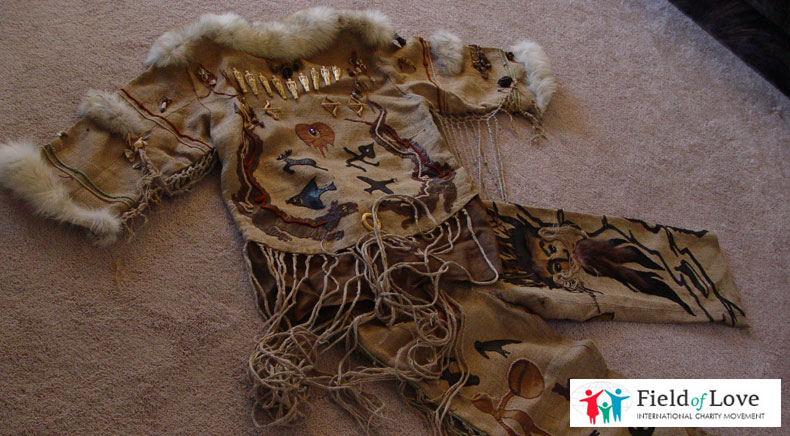 EVERY ELEMENT OF THE COSTUME IS A SPACE FOR SPIRIT. ONE COSTUME MAY CONTAIN UP 50 OBJECT OF POWER: HEALTH SPIRITS, WEALTH, SUCCESS, LOVE AND WELLBEING – THEY ARE TRUE ASSISTANTS IN THIN WORDS, HELP TRAVELING IN THE WORLD OF THE PAST AND THE FUTURE, CHANGE EVENTS AND DESTINIES.

“My father was the first one whom the amulet helped. He was offered a job with a good salary in his specialty. ”

My parents, when everything was super, they built a house for the money from their salaries and took loans for furniture and appliances. And then began the run of a bad luck. First, my father lost a good job. My mom's income decreased. They could not pay. They were already threatened with confiscation of property. I neither could pay off their debts – we also have a mortgage. The mentor advised to get a strong magic object - the shaman's costume - for them to attract wealth. He has a powerful influence on destiny, because there are several items of power on him at once - this is the repository of spirits - defenders. I received the costume and presented it to my dad for his birthday.

My father didn’t really take my present seriously. But my mom knew that it helped me a lot in life, so she carefully took my dad's costume and hung it at home. Oddly enough, my father was the first one whom the amulet helped. He was offered a job with a good salary in his specialty. Although, he himself said, there was not much chance of finding such job at his age. But he still works there, and everything is fine. They paid off their loans for six months. I don’t know if it’s a coincidence or not, but then my mother still relieved from severe varicose veins, which she suffered for many years. And my father used to have kidney stones. He has not remembered about this disease for many years now. The tests showed that the stones don’t even accumulate anymore. This is how magical objects of shamanic power help in life! Believe it or not.

To feel the power of shaman kostume better at the shamanic retreat at the place of power. It has the healing power of transformation.