Women of Power: who are they? 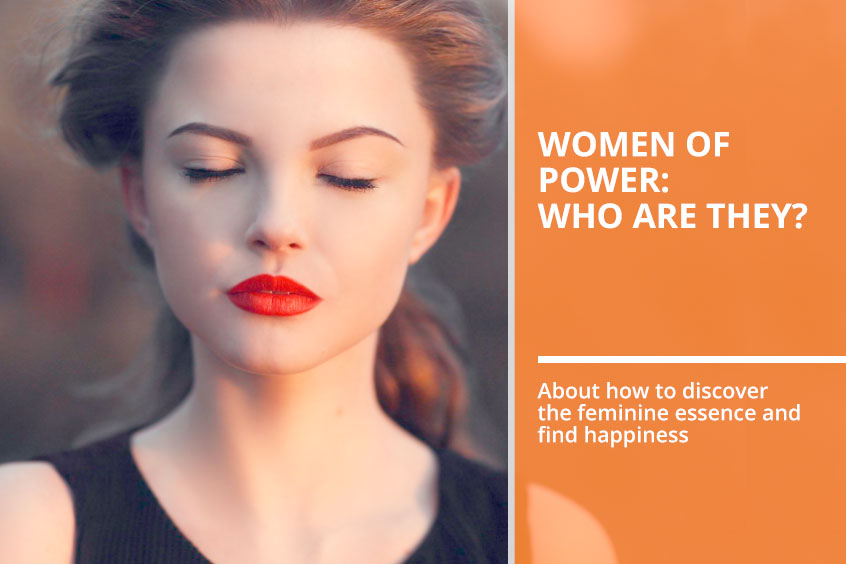 About how to discover the feminine essence and find happiness

Are you tortured of constant problems, are you tired and do not get out of depression?

Why is comfort not always good?

Do you think that modern civilization is threatened with death due to hunger, epidemics, wars and disasters? It turns out that everything is exactly the opposite. Scientists have proved that the more comfortable, calmer and richer our lives are, the higher chance of humanity extinction. How so?!

The fact is that the more kinds of benefits we get, the lazier we become. We stop moving, learning, taking an interest in the world around us. We don’t have to worry about anything. Smart appliances took over the household chores, food is delivered to your home, and entertainment is on the Internet in a couple of clicks. We are lying on the couch, watching TV shows, and gaining some weight at the same time. Or, vice versa, we are running around like a squirrel in a cage, working at three jobs, and we are in a state of permanent stress. And we are nervous all the time and “find” diseases that people used to suffer only in old age.

Then the visits to the psychologist and psychiatrist, antidepressants and depression begin... We feel miserable, despite all the benefits of civilization and a high standard of living.

All this is not just a terrible picture, invented by marketing experts of pharmaceutical companies selling antidepressants. This is our reality. According to statistics, the number of people taking antidepressants increased by 75%. 80% of them are women!

Stress and psychological problems are terrible in themselves, but they are also the causes of other diseases. For example, women's diseases have “grown younger” exponentially over the past several decades. Today, one in five women in the world suffers from uterine fibroids. Just think about these numbers!

Who are you, Women of Power?

But there are also other women. Successful, creative, beautiful, happy ones. They are Women of Power. No, this is not a special caste of people. Such women have always been. Remember the great beautiful women of the past: Cleopatra, Thais of Athens, Roxolana. Their names are still well known. Why?

Because they possessed a huge level of female energy and generously shared it with the world. They inspired the great feats of their men, helped those in need, they constantly engaged in their self-development.

Of course, they had to carry out intense spiritual and energetic work, but their energy level was many times higher than that of other people. Namely, energy attracts success, prosperity, self-realization, love, happiness.

It turns out that Women of Power of the past knew some secret to nourish themselves with energy? Yes, and this secret is available to everyone. This is taught in the Field of Love classes.

After the birth of my second child, the doctors detected some serious gynecological problems. Here my wandering to medical centers began. I was provided different ways of treatment, but I didn’t feel any better. I became more and more nervous, quarreled with my husband and children. I felt apathy, complete indifference to everything - in general, all signs of impending depression. I didn’t even try to treat it, but stuck problems with sweets. And of course I gained weight. I weighed more than 100 kg ... It was terrible.

The tutor of the Field of Love got me out from this bad state. I visited her seminar for a company with my sister and was amazed at what the tutor said. She talked about female energy. About the fact that it is important to sustain it and how it affects our close people. And it's true, after I had depression, all members of the family started having problems. My husband started having problems with a business, an elder son - at school, and parents – problems with health ...

I signed up for a personal consultation, which I left with a list of spiritual and energy practices and two amulets - for luck and health. I was told who the Women of Power are, and I firmly decided to become one of them.

Defeating my own laziness was not an easy task, but I did it))) I performed rituals and practices, started to visit a group in our city. And once, when I was sitting on a bench in the park, I suddenly felt a bunch of energy in the lower abdomen. I felt a huge stream of power that poured into me!

The tutor then explained that for the first time the energy unity with the Space takes place exactly in the park, in the forest, and in general in nature. And therefore, the most powerful nourishment from the Universe the Women of Power receive in the Places of Power. Of course, I got the idea to go on a retreat.

That trip changed everything! I completely recovered and lost 28 kg (and I continue to struggle with excess weight). My husband has a new business partner and things are going well. The son is either matured, or became wiser, or all at once))) In general, he began to study better and even himself (!) volunteers to play or walk with his younger sister. And parents feel much better.

Last year I opened a natural goods store. From the gifts of nature I make products that I fill with my feminine power. My lavender soap is extremely popular with customers. No one knows that I collect lavender for it at the Place of Power))) 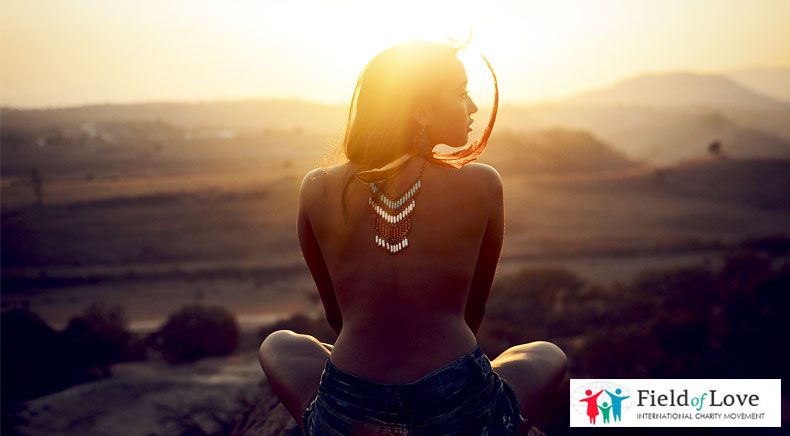 How to become a Woman of Power?

Women of Power do not live according to the common scenario. They are changing the fate of humanity. Starting from themselves and the circle of their close people, they gradually make other people happy. They strive to help everyone, it becomes their lifestyle.

And the more women the Women of Power help, the greater energy flows they pass through themselves.

And a high level of energy helps to neutralize health problems, conflicts in the family, difficulties at work, as well as to realize all their boldest dreams.

At the seminars, all the secrets of the feminine are revealed, they will be taught practices and rituals, and they will be explained how to use magic objects. You can undergo an individual initiation into any of the Great Women and gain her power. Or to acquire an object of power, charged with the energy of Cleopatra, Thais of Athens, Amazon, etc.

The strongest initiation takes place in the homeland of great women. Therefore, we organize retreats in different parts of the world. Attending a retreat is a great success! Such a tour will bring very quick changes to your life. Join now!

To discover exceptional abilities and become a magician, you need Divine Power. Power is sure to come if you bring 10 new women to our classes. Helping others, you gain Good karma, and therefore it works! The Power has helped millions, it will also help you!