The “Field of Love” will protect you from the Dark Forces! 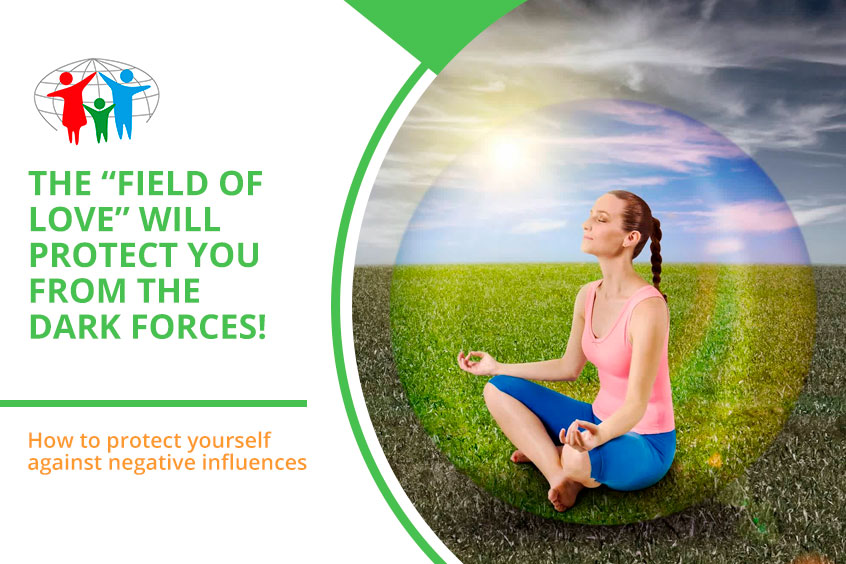 How to protect yourself against negative influences

Today we will tell you the story of our student Katharina. Moving ahead, her story ended well, thanks to the support of masters and other participants of the “Field of Love”. But if there were no spiritual people to support that woman at the right time, her health and life would be in danger.

This story began several years ago. Katharina joined the charity movement “Field of Love” because she really wanted to find happiness in her personal life. Our masters helped her, they advised Katharina the special individual practices; she attended seminars and carried out all the recommendations. She even acquired a magic talisman for the attraction of the divine soul mate. And a month later Katharina met a man and made a strong and happy family with him.

Everything was perfect. Katharina continued to attend group studies and seminars. Once a year she tried to go to the Places of Power for special retreats. She kept saying that she was very happy. She had love and harmony at home and great professional success at work. Besides, there is a life’s work that helps her to realize her mission – Katharina is a talented artist. She used to teach drawing for orphans as part of our charity project.

But two years later, Katharina suddenly disappeared. It all happened very quickly. She stopped going to the classes and did not respond to any messages. It was evident that she was reading them, but did not write anything in response and ignored the phone calls. But the important thing was that our mentors felt that the spiritual connection with the woman was lost. And this was a wake-up call.

Then the mentors set their hearts on her aura and saw that dark, dense energy had formed around it. It meant the worst - Katharina was attacked by the Dark Forces ...

The confrontation of Light and Darkness

Any story, myth, or legend is based on the confrontation of Light and Darkness. Look at Star Wars, Harry Potter, or Lord of the Rings media franchises. Light forces are creative. They get energy from the world and use it for making and creation. That is how God created the world.

The Dark Force cannot produce any energy. It can only be a parasite. Right, like an ordinary biological virus that cannot live without the body where it plunges. If the virus carrier sneezes, and the virus does not reach the new carrier, then it dies without receiving additional feeding. The Dark Forces possess the same mechanism of spread. Like energy vampires, they feed on the bright and pure energy of people. Darkness cannot exist without Light forces precisely because it feeds on them.

Remember Lucifer, who abdicated the Light. Or Voldemort, one of the Harry Potter book characters – at first he was on the side of the Light Forces too. Even the Sith from the Star Wars movie was originally Jedi. So, everything in this world originates precisely from the Light.

But back to the story of Katharina. 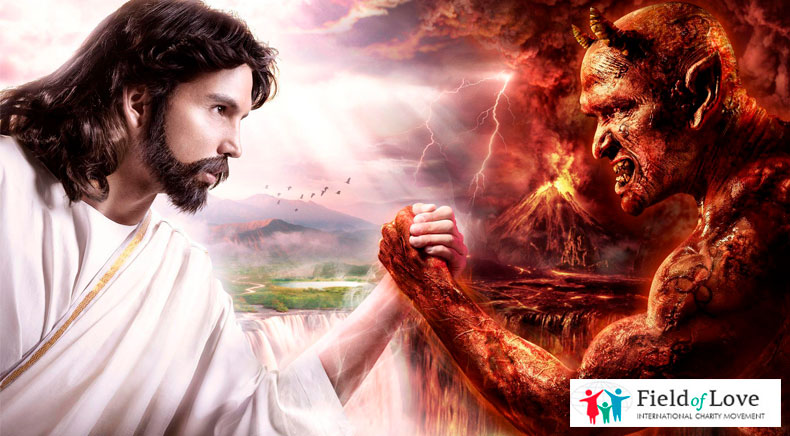 Two weeks later, she still came to the seminar. When the mentors saw her, they were horrified. She looked 15 years older than her age ... She had huge bags under the eyes and could barely move. Katharina passed a hand over her head, and a clump of hair remained on it ... All this showed the very strong hex that was put on her. But how could a radiant and bright beauty turn into an old woman in just a couple of weeks?

It turned out that the man she loved left her. He just slammed the door and said that he could no longer live with her without telling her why. She was weeping for grief and at some moment felt the call of a magical amulet. The amulet had given her powers to come to the seminar.

But what happened in Katharina’s life, that the Dark Forces managed to suck her dry in just two weeks?

What happened is that two weeks ago, when the energy connection with Katharina was lost, she received a message on her phone. She opened it and saw a video that disparaged the spiritual teachings. The video condemned any energy development and practices, calling them the sectionalism. The International charity movement “Field of Love” was mentioned there. The video informed about the witch covens and other unpleasant things that supposedly take place at the seminars.

This video impressed Katharina greatly. She watched it to the very end. And like a virus that penetrates from a network into a computer, this video contained negative energy information. Such videos, like the infected files, can bring a virus, and it will destroy the entire operating system of the computer. But in addition to the virus, such videos can even point the bone at people through negative vibrations.

In fact, this is very serious. When you watch the video of the movement “Field of Love”, you feel the positive energy. That is why there are so many participants at our webinars that webinar rooms can’t accommodate all interested persons! But you can get not only Light energy but also Dark energy through the screen. That happened to Katharina.

As soon as Katharina came to the seminar, she received help and support immediately. The mentor took off her magic amulet and handed it to Katharina. All the participants united and performed a ritual for her, expelling Darkness from her aura. In 15 minutes, she became younger again for the same 15 years she had lost as a result of hex. She prettied up, her skin shone, her eyes lighted up and she was happy again. Katharina received an enormous amount of help, power, and energy, which immediately restored her.

After returning home, she began to carry out the practices that the masters recommended to her. They prescribed them to her as the prescription medications - a list of several recommendations. The woman even acquired three new Objects of Power.

Then Katharina admitted that after watching the video, she believed it immediately. Although she realized that this video showed a lot of evil and negative information about people who do Good. And the first thought that came to her mind after watching the video was to remove all magic items. She completely stopped wearing even the smallest sources of energy that fed her.

But when she returned from the seminar, she began to do energy practices at home every day. And a couple of days later she heard a fateful doorbell - the partner returned with a huge bouquet of 500 roses. He couldn’t even bring so many flowers into the house on his own; the courier helped him. He asked for forgiveness sincerely and wondered what’s gotten into him at that moment when he had left Katharina. It was a momentary lapse of reason, a dark veil, and each rose symbolized a plea for forgiveness.

The beloved partner promised to give Katharina 500 gifts (as the number of roses) to atone his guilt – she could ask for anything she wished. Katharina is still making a list of these gifts))) After all, she will have to receive them for almost two years, a gift per day

Katharina’s story ended on a positive note. But each of you may find yourself in a similar kind of situation. And if the Dark Forces penetrate your life, they can destroy it and affect the fate of your family and friends.

Then what should we do? The movement “Field of Love” offers you a step-by-step recipe. 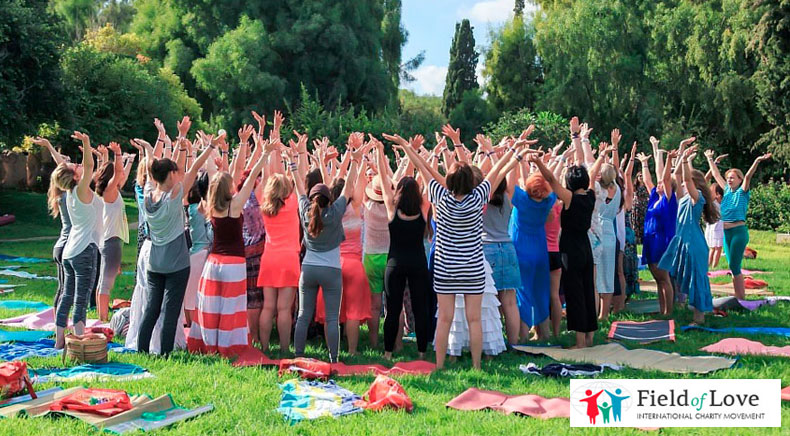 If you suddenly get negative content on your phone or computer, don't watch it! Turn it off! Delete it! Clean out the information from the phone! It is very important to remove its hypnotic effect!

Ban the subscriber who sent you this video immediately! And be sure to add him or her to the black list so that this information will never be able to penetrate you or your family.

If you still opened the message, then the negative energy has already reached you and you need protection. Protective mudra looks like crossed wrists; hands are formed into fists. It is very good if you have magic bracelets on your hands. Cross your wrists, point your hands at your phone and say the “Ha! Hum! Ha!” mudra. Exhale every syllable sharply. With the last sound, cut off all the negative influence that came to you from the outside, and put on the energy protection.

Practice doing this in advance by imagining some kind of negative situation that certainly should not happen either to you or your family. Cross your arms at breast height. Your shoulders will straighten right away; you will feel a strong sense of power. This is one of the mudras of the Warriors of light, the very Jedi you saw in Star Wars movies.

4. Do not join suspicious groups!

Of course, you should not join groups where everyone's gossiping about everyone. There are many haters present in such groups, who always leave negative comments on good videos; they don't care who they criticize, these are energy vampires. They feed on light energy and absorb it wherever they can reach.

Don’t feed them with your light energy, do not speak to them when you meet, do not give them your energy and you will feel great. You can protect yourself and your loved ones from such a hater quite well.

Subscribe to our channels, participate in our events otherwise you will skip something interesting! Share this information with other people.

Invite new women to group studies in your city, and your problems will be solved even faster! You will become healthy, beautiful, wealthy, and beloved! It really works!