“How I became a victim of domestic violence”

A real story of our student

My name is Maria. I'm from Madrid. I'm 47. I almost died of domestic violence two years ago. Yet my partner has never raised his hand against me in his life. It is the first time I speak in public about how it happened and how I was saved by the Field of Love project.

I first faced domestic violence as a child. My father would beat my brother and me, raise his hand against my mother. He could even kick our favorite dog Gina in a fit of uncontrollable temper.

My father wasn't an alcoholic or a drug addict. In fact, he was more of a good man. That's what everyone thought – his university colleagues where my father worked, friends and relatives. Everyone thought us to be a happy and friendly family. No one knew what was really going on in it.

My mother never called the police, even when my father broke my brother's two ribs during another attack of anger.

At the hospital, she said that her son had a bad fall. It happens. Boys always break something...

I never told anyone what my father did to me, not even Almudena, my best friend form school. And when I had to use shared school locker rooms and showers, I tried to keep my nudity to a minimum. So no one would notice the traces of "fatherly love". I was embarrassed. But not for my father! I was ashamed of my bruises and hematomas...domestic violence

My mother endured the beating silently, not crying. We learned doing the same. Why didn't she leave our father? Was she in love?

And I hated him with all my heart. This is why I practically ran away from home when I came of age.

Of course, with this experience behind me, I haven't had a personal life for a long time. I was just terrified that my partner would be as sadistic as my father. And yet I got married when I was almost 40.

My partner never laid a finger on me. There was no physical or sexual abuse at all. But my life still turned to hell. My partner turned out to be a psychological sadist. He controlled my every move, every contact with other people.

He was always dissatisfied with everything: either the table laid the wrong way, or I smiled improperly to the salesman in the vegetable shop, or I was driving the wrong way.

Absolutely any action I did was criticized and devalued. I did not argue, no! Because he wants what's best. All his claims are solely because he loves me. And I'm really bad at driving and smiling at other people for some reason. But most importantly, he doesn't beat me! He's not a monster!

Yes, I really thought so. He was increasing his control... It got to the point where he took my cell phone from me when he left for work in the morning.

Our house was stuffed with security cameras, including hidden ones I hadn't seen, but the existence of which I had guessed...

In fact, I was a prisoner. I couldn't make any decisions on my own, even what to cook for dinner. My partner made all the decisions, and I obeyed. But not because I was afraid. He knows better! He knows everything! He serves my interests!

Now, of course, I understand that those were not my thoughts, but his words. He repeated them day after day. And my brain has decided that they were..

My clinical depression started with an eating disorder -  in one word I just stopped eating. He showed too much dissatisfaction with my body. So I decided to make him happy at all costs. Not eating ended in intensive care... Then the situation repeated several times. 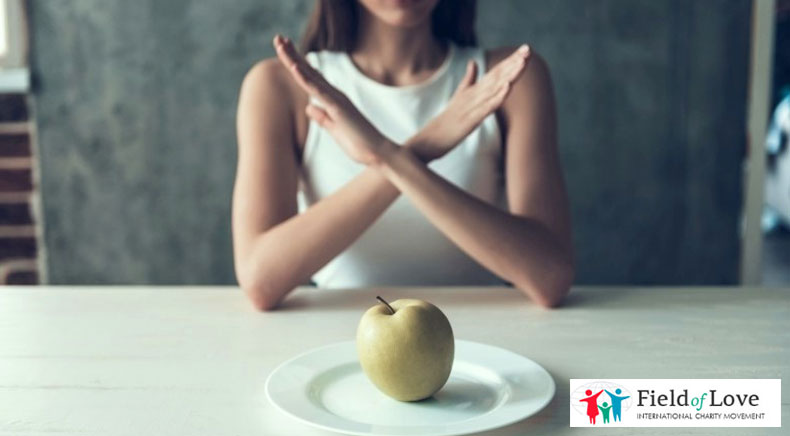 I became so thin that I seemed to be transparent. But he didn't like it anyway..

I hardly ever left the house, almost never got up – I had no physical or moral strength... I probably would have died at 45 if my school friend hadn't called me one day. The Almudena. And for some reason (I still don't know why, because I was always very secretive) I told her everything.

An hour later, she was at my house. Two hours later, I was standing in a circular prayer "Field of Love"...

It took me over a year to recover with the help of the Field of Love masters. Too much I had to go through as a child and now.

But thanks to the support of the masters and other students of the project I decided to take the most important step in my life - to break up with the abuser!

You have no idea how difficult it was! The brain keeps looking for excuses for the abuser. And it finds them! I've been gaining the courage for a very long time. And I made the final decision during a retreat to one of the Place of Power where I went with the group. Don't ask how my partner let me go. It was almost a detective story.

But during the retreat, I got such an energy boost that I realized I MUST change my life. I deserve better!

What helped me break up with my abuser?

1. The simplest thing is special practices

In the group sessions, I was told what practices can be done on my own to improve my self-esteem. This is very important because this is what transforms you from a victim to a normal person. I did the daily practice "I am worthy!". I also did the "Self-sufficiency complex", the exercise "Sky and Earth", the practice "Cleopatra's Power", etc.

The masters of the Field of Love advised me to buy special protective amulets. They give a large flow of energy, support and protect. In fact, such a talisman is an energy source from the Higher Powers. I always wear my amulet at the level of my heart and never part with it.

This is very important! I've seen women who quit classes after a while, feeling the strength and desire to live. And always that decision would end badly - they'd go back to the abuser, immersed in abyss of fear and despair again.

That's why you should attend the group regularly, not miss classes. This way you will maintain a constant level of energy that will allow you to defeat the abuser. 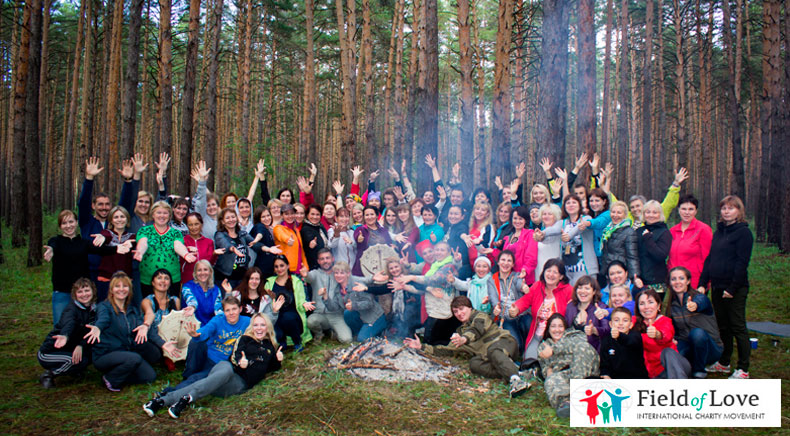 4. Retreat to the Place of Power

On a trip like this, I got the most powerful energy charge. I can honestly say that the retreat transforms consciousness completely. It changes you even physically. I went on a trip exhausted with anorexic and came back in perfect physical shape. I think I even looked younger!

We were born for happiness, not for pain!

I know that every fifth (!) woman in the world suffers from domestic violence. It's horrible! I see these women at our seminars and group sessions.

And I think they and I were lucky to end up in a place where we were helped and supported. How many more women have not found such a place yet...

I'm currently involved in charity projects that help victims of domestic violence. I think it's the least I can do for the universe to thank it for saving me. I know what I'm doing is very important. But it's even more important that this activity brings together as many people as possible from all over the world.

That is why I appeal to all readers of this article: share it with all your acquaintances - colleagues, neighbors, friends, relatives.

You may not even guess that one of them is an abuse victim. But this article, the knowledge about the Field of Love project can save someone's life. Share the link, join our classes. Remember: no one has the right to humiliate you!